By TchoukballOnFire on April 15th, 2014 in Tchoukball on Fire tags: episode 16, Leigh Merchant 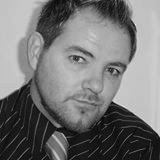 Leigh was introduced to Tchoukball by watching his daughter play at a local tournament – now he is hooked himself! As an active member of Nyon Tchoukball Club, Switzerland, Leigh has taken on responsibilities as coach, President and referee.

Outside of Tchoukball Leigh has a mixed background from the Design world and Youth work. Today, he works at a British Boarding School in the Swiss Alps – not in their faculty as a teacher, but in the Advancement Office as Graphic Design and Web Manager, helping to push their brand to new heights. Leigh is always trying to find ways to implement his experience and skills back into Tchoukball and increase its visibility!

In this interview, Leigh explains to us what was the reasons for investing his time in Tchoukball, became a volunteer for Tchoukball club in Nyon, and how did he get the idea of Tchouka a Tchoukball apparel shop.

Let’s find out more about Leigh…